DO YOU HAVE WHAT IT TAKES TO BE AN ASTRONAUT?

Reentry is a space flight simulator based on real life spacecrafts. You create a new astronaut, gain levels and experience for every move you make by completing missions in space. You will have access to missions similar to what happened in real life, or fictional missions designed to challenge you as an astronaut.

Spacecrafts are highly complicated machines with the primary task of exploring and understanding what's outside the atmosphere of Earth, while keeping the astronauts alive for long periods. This is achieved by hundreds of individual systems and backup systems working together. With the help from the in-game Space Flight Academy, the provided flight manual for each spacecraft, and checklists, you will learn how to fly and operate these machines, and explore space in a high resolution and realistic environment.

Reentry provides a balance between realism and gamification. It's main focus is not to create one 100% accurate implementation of one space craft but to provide you with a gamified but still realistic experience on multiple spacecrafts.

You will learn how to operate these spacecrafts using procedures used by the real astronauts, see the sunset and sunrise while orbiting orbiting Earth with speeds exceeding 25,500 ft/s. It will let you explore the surface of Earth and the Moon from Orbit, and let you enjoy the solitude of being in space. 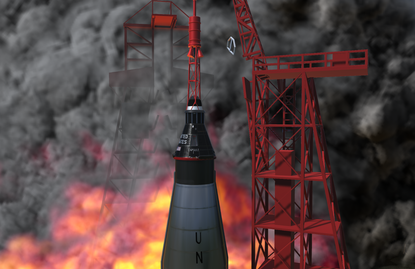 Imagine the final few seconds before launching into space. You are sitting on top of a 111 meter high rocket, looking at the instruments of a spaceship about to leave the oasis we call Earth. The engines are igniting, mechanical systems are clinging below you, while thousands of gallons of fuel is pumping through the systems. The loud roar of the five F1 engines are producing close to 8,000,000 pounds of thrust, violently shaking the cockpit and lifting 3 million kg off the pad. The launch pad tower is slowly moving away from you while the engines are balancing the rocket like a skyscraper on a needle. Sophisticated engineers has created the systems that will safely accelerate you to 25,500 ft/s, into a free fall orbit, with the Moon as the destination.

Welcome to Reentry, an orbital simulator.

Becoming a good astronaut requires you to know your spacecraft.

Each spacecraft is very different when it comes to how they behave, and how they are operated. Hundres of switches are used to configure systems and subsystems. Some have on-board computers, while others don't. Multiple power sources such as eletrical batteries, inverters or fuel cells are powering electrical components, while valves, pipes and tanks guide substances to where they belong. Reaction Control Systems can modify the spacecraft attitude, or even modify its trajectory. While many of these systems are automatic, some require manual control, or provide manual override if needed.

The simulator comes with flight manuals for each spacecraft and hundreds of checklists based on those the real astronauts used. In-game mechanics guide you through them using interactive elements and guidance tools. 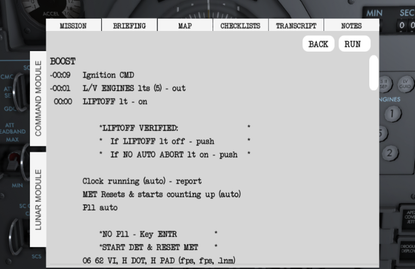 The game also comes with an in-game checklist editor so you can add your own checklists, or modify the default ones.

LEARN TO OPERATE THESE SPACECRAFTS 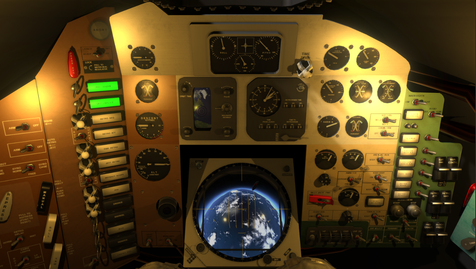 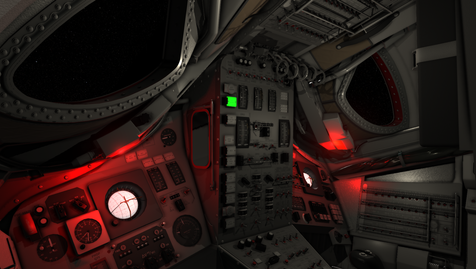 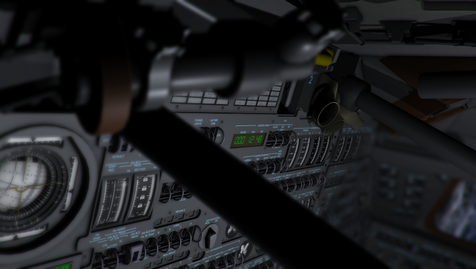 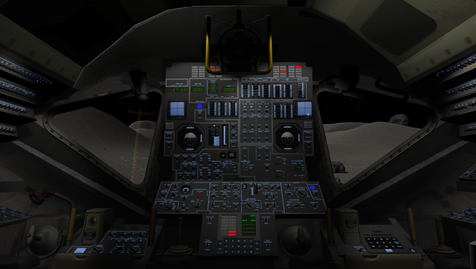 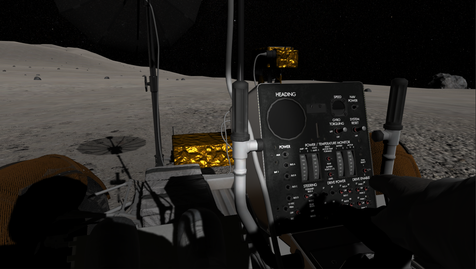 Let's face it. Flying and operating a spacecraft is no simple task. Given the amount of subsystems, procedures and controls, the learning curve to even get the rocket off the pad in a safe and controlled manner can be hard. After ignition, the only way out of the capsule is through an abort. Thousands of gallons of fuel are consumed to produce enough thrust to bring the rocket through the initial layer of the atmosphere, where the dangers of maximun dynamic pressure are pushing the structural limits of the launch vehicle. The automatic guidance logic carefully guides the spacecraft into space. At the same time, the astronauts are busy monitoring the available data and completes checklists while the cockpit shakes violently.

Once in orbit, the next maneuvers are planned, while also constantly verifying that the essential systems needed to keep you alive are functional, and that you have a way of returning back to Earth.

Reentry - An Orbital Simulator uses realistic orbital mechanics, and every force applied to the spacecraft will affet its attitude and trajectory. Luckily, you don't have to learn it all at once to get started. The in-game Academy provides multiple lessons for each spacecraft available. Each lesson is focused on one or two procecures, and explain them at a basic level. Slowly you will be able to put the pieces together, and attempt to get certified in a given spacecraft by taking the exam.

One campaing and space craft builds on your knowledge from the previous era so I recommend you to complete the campaings in order. This will let you learn and see the evolution of the technologies used in human space flight like in real life. You will see how to reach your first orbits in the Mercury Campaingn, how to rendezvous and dock in the Gemini campaing, how to reach the Moon in the Apollo Command Module campaing, and finally how to land on the Moon in the Lunar Module campaign.

I hope you will enjoy this experience as you explore the frontiers of space flight in these historic space crafts. 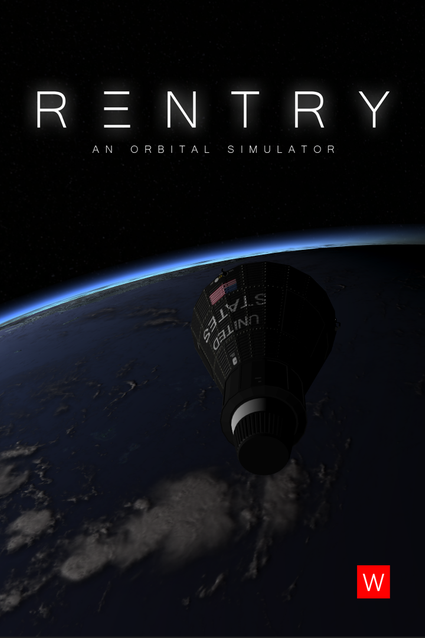 Reentry - An Orbital Simulator is out now as Early Access. The game has been in development since 2015, and has received many updates since then.

The price will always reflect the current value of the game. What you see right now is what the 1.0 version of the game will become. After 1.0, I wish to further expand on the realism of the spacecrafts already in the game, and expand on the Reentry Universe with more space crafts.

The game is distributed through Steam and is currently the only way to purchase the game.

Hundreds of other virtual astronauts has joined the official Reentry discord cannel. Feel free to join, provide direct feedback to me, get help with operating the spacecrafts, report bugs, contribute to the game, be a mentor, receive ranks and join in on the fun!